ReviewHostingASP.NET  – Since Arvixe is taken over by EIG, we were keeping a close eye on them, we are afraid that they may have the same condition with HostGator. Just a little information, HostGator used to be an excellent host, but things went out of control in 2012 when EIG acquired them. Now they’re nothing, with frequent downtimes and horrible support. Our prediction is right, we have read a lot of people complaints about Arvixe’s downtime and service since May 2015. We also heard some issues that Arvixe was hacked and their tech support seems non-existent. What happened to Arvixe? Is it still trusted to be your hosting partner? 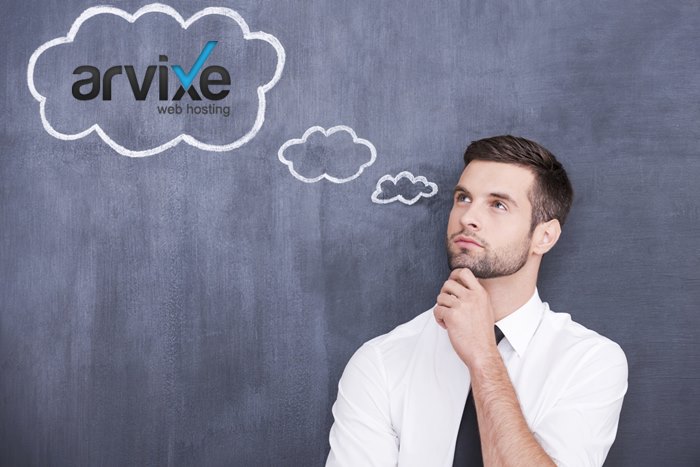 What Happened to Arvixe?

According to EIG’s release, Arvixe has acquired on the last October 31, 2014. Why you should worry about this? Yes, it’s a fact that every company who has acquired by EIG will become worse and turn into something that you’ve never want to deal with. As we have mentioned above, we are very sorry to what happened with Arvixe now. We have collected some Arvixe costumer’s review on this past 5 months, here are the highlight of several review about Arvixe:

Another day and the site is still down. They are extremely slow to respond to any problems. There so called 99.9% uptime is more like 99.9% downtime. This is what they’re QA department writes “I see that QA department have already rejected the transfer of your account for a 6th time, I can not over ride that decision. I have alerted server management to the issues that are ongoing and they have taken some measures to resolve.” They deliberately put us on a dead server” Time to call in the attorney general’s office – Sitegeek.com

For the entire year of 2015 and 1/2 of 2014 this hosting company has been a complete nightmare. We are now entering our 5th hour of our site being totally offline because of their ongoing never resolved problems with their servers. We just moved from one Arvixe server to another 3 days ago, because the server that they had moved us on less than 45 days ago, was being attacked by some place 1/2 around the world, been putting up with it for 2 weeks because their QA department refused to make the server change. They do nothing but make empty promises, have cut and paste response promising it won’t happen again. Because you know the second they get done say it, it’s just a matter of time before the same problems happen over and over again. They charge more money than anyone else that host, but yet are the worse – ConsumerAffairs.com

Do not get lured into their deceptive and false adertisements. Right now its over 23 minutes and we’re on hold with their phone support. Their online support deliberately doesnt respond. Right this minute 2 of our sites are hosted on 2 different services at this POS company. Both sites are currently down. One site has been having problems since July 17, 2015 and still hasn’t been resolved. The other site was moved less than 10 days ago and was promised and we quote ” has no people on it and has no load” the only load their was was Arvixe in being a load of crap! Their QA is a joke making every excuse in the book, we’ve lost hundreds of dollars a day in putting up with these people and now its at an end. Some sites we didnt bother renewing with this company and went elsewhere without any problems – HostAdvice.com

Arvixe was A-typical in all the necessary shared web hosting necessities, nothing more or less. However, support and communication from this hosting provider has bit the dust. The server on which my website was hosted encountered a hardware issue. The raid array went down. This was last week and we were not notified. It wasn’t until I visited the site to see a bunch of code. At first fearing we got hacked I delved into the files while on chat with support. Nothing I found was indicative of being hacked. I beseeched the tech support for a backup to restore the site. After a bit she told me there was no backup. I told her I know there is if you have redundant servers etc. She disconnected the chat…wow. After she did that I decided to view the database to see if I could find some clues. Guess what? The database had been deleted. Nothing. Zilch. Nada. I connected with chat support again. After maybe an hour, an admission about the failed raid array and that whatever was on my hosting account was all they could retrieve. I’ve written to support twice with no replies. Requested a refund after 3 weeks. I do not recommend ARVIXE Web Hosting to anyone. They customer support and lack of resources will affect your online presence – Web Hosting Talk Forum

They started off good. Now I can’t publish web pages. My tickets for assistance get ignored then deleted. They don’t answer their phones. Their chat is a joke and will just sit there telling you how important you are to them FOR HOURS then disconnect – HostSearch.com

After check out some negative reviews about Arvixe, we recommend you to stay away from EIG’s hosting provider as much as possible. Yet you know Arvixe should not be trusted at all. If you’re planning to move your website into an equal host which owned by EIG, it will not help too because you will get the same problem like when you host your website with Arvixe. So, here are the list of trusted and reliable hosting providers (non EIG’s hosts) that we recommend you to try:

HostForLIFE.eu is Microsoft No #1 Recommended Windows and ASP.NET Hosting in European Continent. They’re dedicated to being more than just another web hosting provider as they see their selves as a long-term business partner tasked with handling a critical component of your website. Combining industry-best practices and staff with cutting-edge knowledge and expertise, they provide the stability and reliability you need to realize success in today’s modern world. Starts from €3.00/month, you can enjoy all of this benefits of HostForLIFE.eu’s hosting service with unlimited domain, unlimited bandwidth and unlimited disk space.

Addora.com was established in 2011 with the purpose of providing most affordable and reliable web hosting services. Addora’s hosting plan is available at the price of $4.95/month originally. To help you save more money, they offer a special discount for the plan and you can pay only at $3.99/month. The plan includes unlimited disk space, monthly data transfer, parked domains.

Founded in 2010, ASPHostPortal.com is a US-based hosting company that has lots of different world-class data center in US, Europe and Asia with multiple robust servers. For such a great speed, their hosting plan is starting only at $5.00/month. Since ASPHostPortal.com always delivers best value to the money that customers pay for its service, it offers not only unlimited domain, huge bandwidth and diskspace but also the promise of 99.9% uptime kept well and 24×7 technical support with professional support staff well prepared for prompt and accurate answers.

With over 15 years of experience, LiquidWeb is the perfect match for web hosting needs big or small, managed or unmanaged, dedicated, shared, vps, or cloud. LiquidWeb owns and operates three private data centers that are designed, build and maintained an ideal server environment. LiquidWeb also pride theirselves on the simple offer of great customer service.

After Some Headaches With Arvixe: Are They Still Trusted To Be Your Hosting Partner?